After everyone else, Jesus goes into the river to be baptized. (Remember why being last is important.) And then people experience a vision of God in the form of a dove, announcing that Jesus is God’s beloved, indeed a child of the Holy One. The dove of course is reminiscent of the story of the ark, the messenger that names the earth again for humankind.

So why was this story so important to tell? What message would the first followers hear?

Perhaps considering Jesus’ upbringing would provoke some thought on this. The common assumption is that Jesus grew up in Nazareth, with his father a skilled tradesman. Nazareth had an interesting geographical situation. It bordered the Samarian lands on one side; on another the mixed communities of Sepphoris and Tiberias and then the Hellenistic settlements in Decapolis. Further north, there were settlements of Syro-Phonecians. All of these communities were geographically closer to Nazareth than Jerusalem.

Several hundred years before, Rome had punished the people of Sepphoris for a theft of armaments, by crucifying 2000 Jews. The people of the north — the Nazarenes — were thought to be slack religiously, to be overly-influenced by their Gentile neighbours, and to be speaking a barbaric form of Aramaic. Although these separate communities may have been somewhat insular, there was a shared mistrust of Rome and, at least among the Jews, mistrust of Jerusalem and the powerful there who were Roman sympathizers.

Back to Luke’s story: Who were the people who had waded into the Jordan ahead of Jesus? Mostly they would have been Jews, of course, but very few would have been rich or powerful. (The rich and powerful would able to use their own personal, ritual baths, having no need of the dirty water of a river.) Some of these, perhaps out of spiritual hunger, curiosity, or happenstance, might have been engaged by John’s rants, although his attacks on the morality of Herod would have also made participation dangerous.

Jesus walks into the water without comment. He stands not in the courtyard of the wealthy or the priests. Rather he stands with the poor, and the not quite wealthy enough. He stands with the people who could not follow the codes for ritual cleanliness or food, because they simply dId not have the wherewithal.

Later, we know he will share food and conversation, healing and story with these same kinds of people. It would have been easy to write him off as a person of questionable background, who grew up in a mixed and perhaps not quite savoury area. His Aramaic would have revealed his northern origins.

Luke wants us to know where Jesus stands, who his people are. For the early Jewish Christian communities, the challenge of inclusivity, of resistance to an acceptance of violence, of visionary thinking, had to be rooted in the model of the the One who came as the child of God. 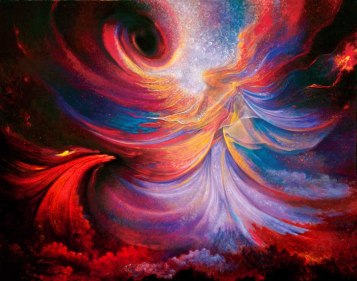 I think Jesus is the child of God because God is not partial. Anyone who is humble, who is just and compassionate, reveals the face of God and is acting out the wisdom of Torah. If we say Jesus is love, peace, and justice, then we are saying something about the nature of God. Surprisingly, we are also saying something about what we can be also. If Jesus is God’s beloved, then so are you and I.

Our lineage is not derived from service to oppressive power or imposing status. Our lineage is of the One who loves the earth, who says the last shall be first, who holds us to a higher standard of love. Our baptism is not about our personal salvation, but about the salvation of the world from fear and complicity. Our baptism must be a sign of God’s hope for all people. We personally don’t have to do anything except open ourselves to the Spirit of Wisdom who made us, to the passion of Jesus who calls us to follow him, and to the Holy One who travels ahead, making all creation new and blessed.

This site uses Akismet to reduce spam. Learn how your comment data is processed.