Blessings in a broken world

Jesus came down from the mountain, but often we wish he had stayed there, remote, beyond human understanding or imitation. It is much easier to deal with statues or paintings than the persistent call of Jesus to follow him in and out of the desert, in and out of favour, in and out of  safety.

The Beatitudes, so called because we have thought of them as blessings, are in fact a manifesto of change. They are one expression of Jesus’ blueprint for a transformed world. The Beatitudes offer a critique of the present situation and a vision of how those without power can bring change for themselves and for everyone.

I don’t think the beatitudes are metaphorical. I think they ask us even now, whose side are you on? To be onside with the poor, the marginalized, the vulnerable means to become vulnerable ourselves. And that is the dividing line between the followers of Jesus and everyone else. By followers of Jesus, I do not mean Christians necessarily, but all those who are willing to be God’s fools, the compassionate ones, the generous ones, the ones who choose risk over security, who choose solidarity over tradition, expediency, or even law.

It is a terrifying question Jesus asks us. More than our possessions, Jesus asks us to learn how to be uncomfortable with our own comfort, to go to pow wows and blanket exercises, to serve in soup kitchens, to learn about how our prejudices contribute to the sin that rages through our societies, causing violence, disorder and suffering. We are asked to be on the side of the poor, the ones who make us uncomfortable.

What possible benefit could we possibly derive by following him, what is in it for us? Blessed are those who live with no or limited resources because they appreciate every single good thing that comes their way. From those with little, we learn gratitude. We learn to resist judging without understanding. We learn humility as we recognize our fears that cause us to put walls around our perceptions and our actions.

As we grow in solidarity, in a sense of unity and equality with others, we grow also in our Christ nature. We discover the Christ who is both glorified on the mountain and reachable on the plain. As a community of the Way, we take on the path that inevitably leads to death, and to new life, no longer alone but living for each other.

A Light to Awaken

Candlemas concludes the Christmas cycle with the story of Jesus’ presentation in the temple. Joseph and Mary are greeted by two elderly people in the Temple, who exclaim when they see Jesus. Simeon exclaims that now he has seen one who will illuminate the whole world. When the prophet Anna sees Jesus, she recognizes in him the liberator of hearts and minds, new hope for the world, freedom from division and violence. For the Jews, they can claim him as their own, born out of their faithfulness to God.

What I love about this story is the way the generations reach out to each other, the very elderly and the child, both ages reaching across the parents. The parents are warned to prepare themselves for change and upheaval.

Children can see the light of possibility; seniors pray for that same light to waken the world to a different perspective: one of justice, mercy, and peace. Children, who have not yet been harmed by living, exhibit trust and hope in the future. Seniors can bring wisdom and experience to dreaming forward.

Jesus offers us freedom from thinking that war and poverty are inevitable, that there is only one way to experience the Holy, that words have only one meaning. It is ironic that having been taught that freedom, the religion founded in his name has created fences and laws and intellectual limitation, alongside deep spirituality, beauty, and compassion.

I think this fracture between two world views echoes what Moses said to the people in the desert after rehearsing the laws. He said they had to choose a way of life or a way of death. The way of life demands justice and compassion. Life is only authentic when there is freedom and equality for all. We resist choosing and so have neither security nor a sense of living freely.

Leader: What do we want?
Crowd: We don’t know!

Leader: When do we want it now?
Crowd  Now!

“We know that the way our society is currently arranged is not working for everyone, but the same arrangements continue because many people can’t imagine the world being arranged any other way. This is why, as hokey as it may sound, the first step for us that want to create a racially just society is to dream.

“We begin by imagining the details of what ‘racial justice’ would look like in our homes, schools, churches, businesses and halls of governance.

“Until we think concretely and imaginatively about what an anti-racist world would look like, we will continue to fight the same forms of racial oppression that have plagued us for centuries. We will never create what we don’t first imagine.

“So then, let me invite you to ponder this, how would a racially just society be different than the one we currently live in? How would schools, churches, neighbourhoods, laws, media, policing, housing, and economics be different in that world? Perhaps there’s a friend or loved one you can ponder this question with. If not, you can always write to me.

“A new world is possible.
It doesn’t have to be this way.”

Because this is black history month, and because of our commitment to justice for indigenous people, I want to share with you two people who worked for honesty and justice. These people, now deceased, ask us if we are still willing to open our eyes. Will we awaken to the freedom and justice that could be, or will we turn away from the light and nurse our fear in and of the dark? 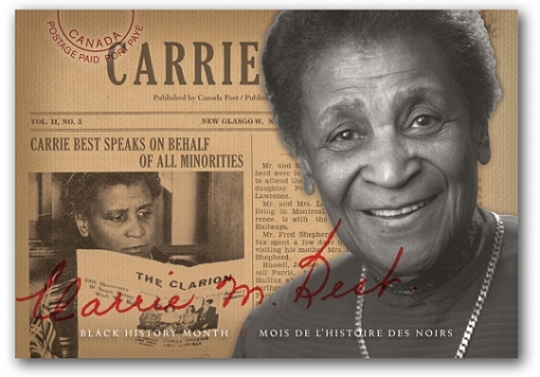 Nova Scotia’s Carrie Best was a poet, writer, journalist and activist. She founded The Clarion, the province’s first black-owned and published newspaper in Nova Scotia in 1946 and in 1952 she began hosting The Quiet Corner radio program which would run for 12 years. Best was made an Officer of the Order of Canada in 1979. She died in 2001. (Thanks to CBC.ca.) 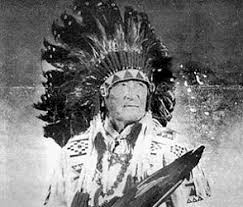 Tootoosis was appointed chief of his band by his community in 1920. His leadership was not recognized by the Canadian government’s Department of Indian Affairs, the branch of government responsible for reserves as the Indian Act dictated that a chief had to be 25 and another chief was chosen. Despite this Tootoosis continued to assert a leadership position. Upon the formation of the Union of Saskatchewan Indians in 1946, he served as its president and later as a member of the executive. In 1959, the union was reorganized as the Federation of Saskatchewan Indian Nations (FSIN), and Tootoosis became its first president. In 1970, he was appointed to the federation’s newly formed senate, and served in this capacity for the next 19 years. In recognition of his work and his devotion to “…seeking answers to the grave problems of his people” he was became a Member of the Order of Canada in 1986. Tootoosis died on February 2, 1989. (Thanks to Wikipedia.)