Archive for the ‘Struggle’ Category 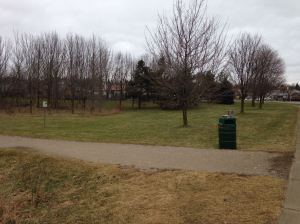 John the Baptizer’s story is created from bits and pieces of older scripture. The strain in the story rises from the disparity between John’s message and Jesus’. To this day, in the Mandean community, John the Baptist is still revered as the Messiah of the two ways, one of death and the other of life. In Islam, he is the great prophet Yayah. For the first writers of Jesus’ story, their problem was clear. How could they weave the story of John into that of Jesus without compromising Jesus’ message of reconciliation and forgiveness. Their solution was brilliant. We will never know if Jesus began as a follower of John or if he simply existed and preached at the same time. In any case, the solution lay within Torah; present John as the Forerunner of the true Messiah. Relate him to Elijah (although John himself rejected that idea).

‘A hairy man, with a leather belt around his waist.’ He said, ‘It is Elijah the Tishbite.
2 Kings 1:8

The Forerunner would call for a new purity, a reclamation of the values of tribal culture, preceding that of king and city state. Jesus’ message, too, offered a possible return to the covenants of Noah and Abraham. John, in this case, is the trumpeting angel who calls for repentance and the subsequent promise of sanctuary. The Exodus passage 23:20 for example, suggests a requirement of absolute obedience to a way of life, and terror for those who oppose the righteous.

I am going to send an angel in front of you, to guard you on the way and to bring you to the place that I have prepared. Be attentive to him and listen to his voice; do not rebel against him, for he will not pardon your transgression; for my name is in him.

Another echo comes from the prophet Malachi 3:1-3

See, I am sending my messenger to prepare the way before me, and the Lord whom you seek will suddenly come to his temple. The messenger of the covenant in whom you delight—indeed, he is coming, says the Lord of hosts. But who can endure the day of his coming, and who can stand when he appears? For he is like a refiner’s fire and like fullers’ soap; he will sit as a refiner and purifier of silver, and he will purify the descendants of Levi and refine them like gold and silver, until they present offerings to the Lord in righteousness.

What is notable, however, is that it is the community that is called and individuals, only insofar as they constitute the newly redeemed and restored tribal community.  So how do we reconcile these two prophets for our time. John demands that the community remember a history and a covenant that probably existed as an ideal, rather than a lived reality. And Jesus, who called for a developed humanity that would choose justice with compassion, that would stand against power and privilege without violence, that would judge with forgiveness and reconciliation.

A voice cries out:‘In the wilderness prepare the way of the Lord,
make straight in the desert a highway for our God. Every valley shall be lifted up,
and every mountain and hill be made low;the uneven ground shall become level,
and the rough places a plain.
Isaiah 40:1-4

We know with every fibre of our being that the world is at a turning point, a critical time, when change will come upon us suddenly and inexorably. I think many people in the world feel as if they have already been baptized with fire, either of the heart or physically and socially. The earth is wounded and lashing out in pain. This is not a question of an angry God, but of a body, the body of the world crying out to us to act, to teach the faith again, the faith of a new humanity, and death to our old ideas about power and safety. Our salvation is at hand but it involves protecting others, our world and all of us its creatures. We can forget about the old ideas of personal salvation and instead see the cosmic spirit within which Christ acted, that spirit into which we are all invited, that spirit that promises healing for all and life for all we had thought to be dying.

We can make Advent this year our commitment to act, to learn, to be faithful, not out of personal fear, but out of the love of Christ, who called us to be his friends and co-workers in the in the kindom of peace and joy.

Neither Fire nor Flood

For anyone who even glances at the news these days, it might seem as if the whole world is a disaster movie. Each event seems to lead to another horrific event. The north west coastal forests of North America are aflame. In places as far apart as Nigeria and Bangladesh and Windsor, Ontario, flood waters are creating difficulties and catastrophes. One major Atlantic hurricane follows another. And, an earthquake shakes Mexico. To make matters worse, politicians are brandishing sabres and afflicting whole populations. The world seems to have gone crazy. It is not surprising that people are blaming God.

A person can deny climate change, but it does seem as if the earth is fighting back, fighting for its very life. Perhaps that is even true. Perhaps nature is balancing the harm done along with the anticipated changes in planetary evolution.

So what is a Christian response to all of this. In the story of the flood in Genesis, God assures the survivors that no matter how wicked and violent humanity becomes, the Holy One will never destroy the creation. (Genesis 8:21) However, as in the creation story, God again entrusts the world and all life on it, to humanity’s care and oversight. Clearly, we have been reckless caretakers, striding over the earth without regard for the sacredness of life. Wangari Maathi said, “When you revere, you do not plunder, you protect.” Have we revered God’s handiwork or has it been just another acquisition, just another disposable thing?

I think we can, from our theological history say, God is not destroying anything. What we believe in is Life, at least in principle. So our God cannot be held responsible for this destruction. We are the makers of health and harm, wonder and disdain. Jesus told us that neither religion, nor culture nor kings could save us.